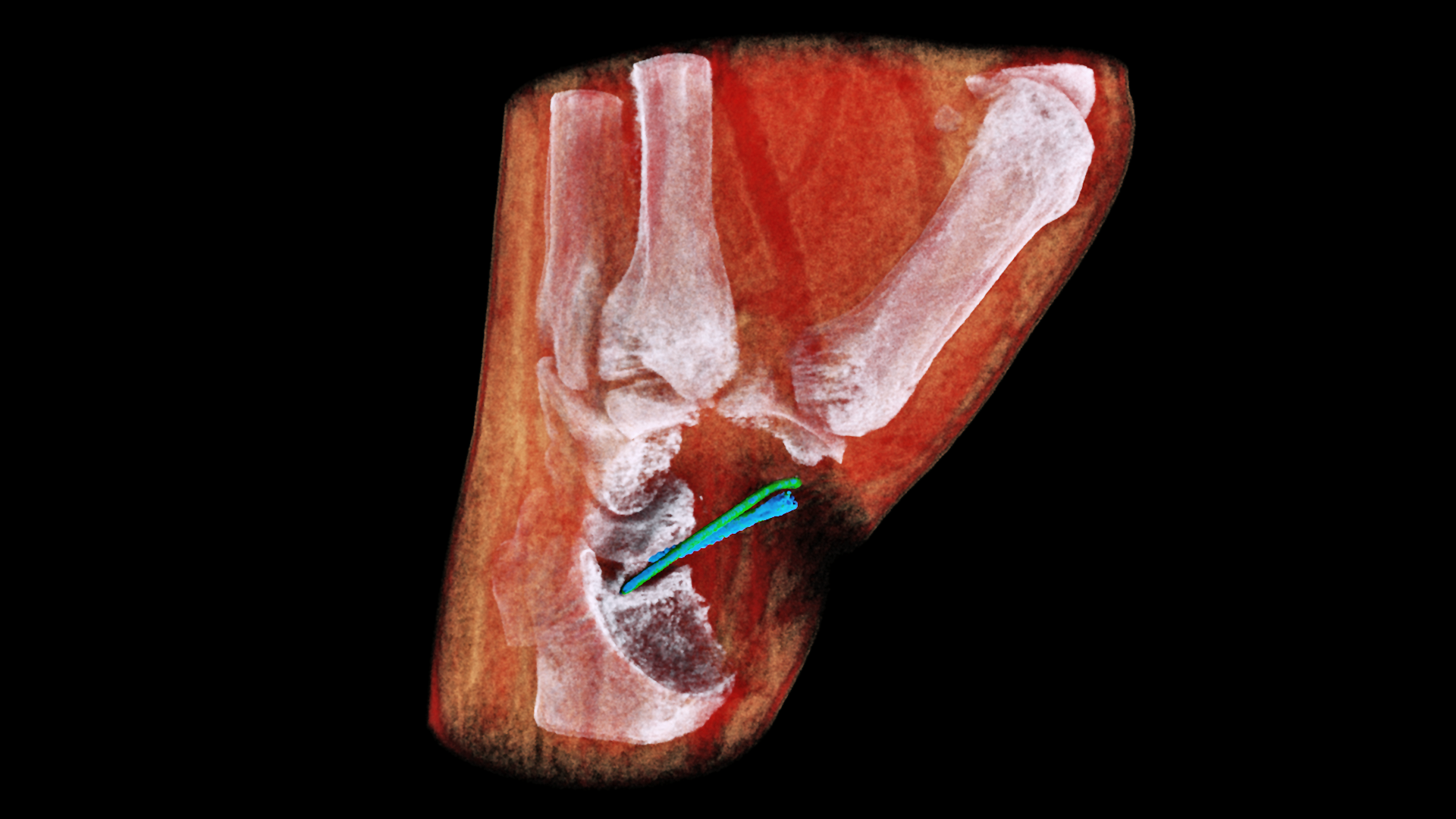 Two years after the first ever 3D colour X-ray of a living human, MARS Bioimaging have released stunning new images made using a world-first compact scanner, based on Medipix3 technology developed at CERN.

These pictures show how accurately the new scanner, developed specifically for hand and wrist imaging, can monitor bone healing following a fracture. The images show not only the evolution of metal implants but also visualise blood vessels without any use of contrast agents. Compared to existing technologies, images of such precision would allow significant progress in diagnosing hand and wrist fractures, and monitoring the healing process, according to Medical Professor Anthony Butler, President of MARS Bioimaging.

These images were part of a first demonstration that will soon lead to larger scale international clinical trials. They will take place within the Pacific Radiology Group, New Zealand's largest radiology service provider, and at Lausanne University Hospital (CHUV), where a wrist scanner is expected to be installed in the coming months.

Behind this technical feat lie the Medipix3 detector chips, developed at CERN within the Medipix3 collaboration. Originally used in particle physics detectors, these chips are used for medical applications, and also in space and for art authentication. Their precise particle imaging and detection abilities allow them to obtain high-definition images of the density and composition of human tissues.

“Spectroscopy imaging is at the heart of Medipix3 chips, allowing for X-ray colour imaging,” explains Aurélie Pezous, from CERN’s Knowledge Transfer group. “This is a great step forward for this technology as well as a source of pride for CERN and the Medipix3 Collaboration.”

CERN's Knowledge Transfer group has a long-standing expertise in transferring CERN technologies from basic research to societal applications, in particular in MedTech. In the case of the 3D scanner, a licence agreement has been established between CERN, on behalf of the Medipix3 collaboration, and MARS Bioimaging Ltd.