CERN’s Timepix particle detectors, developed by the Medipix2 Collaboration, help unravel the secret of a long-lost painting by the great Renaissance master, Raphael 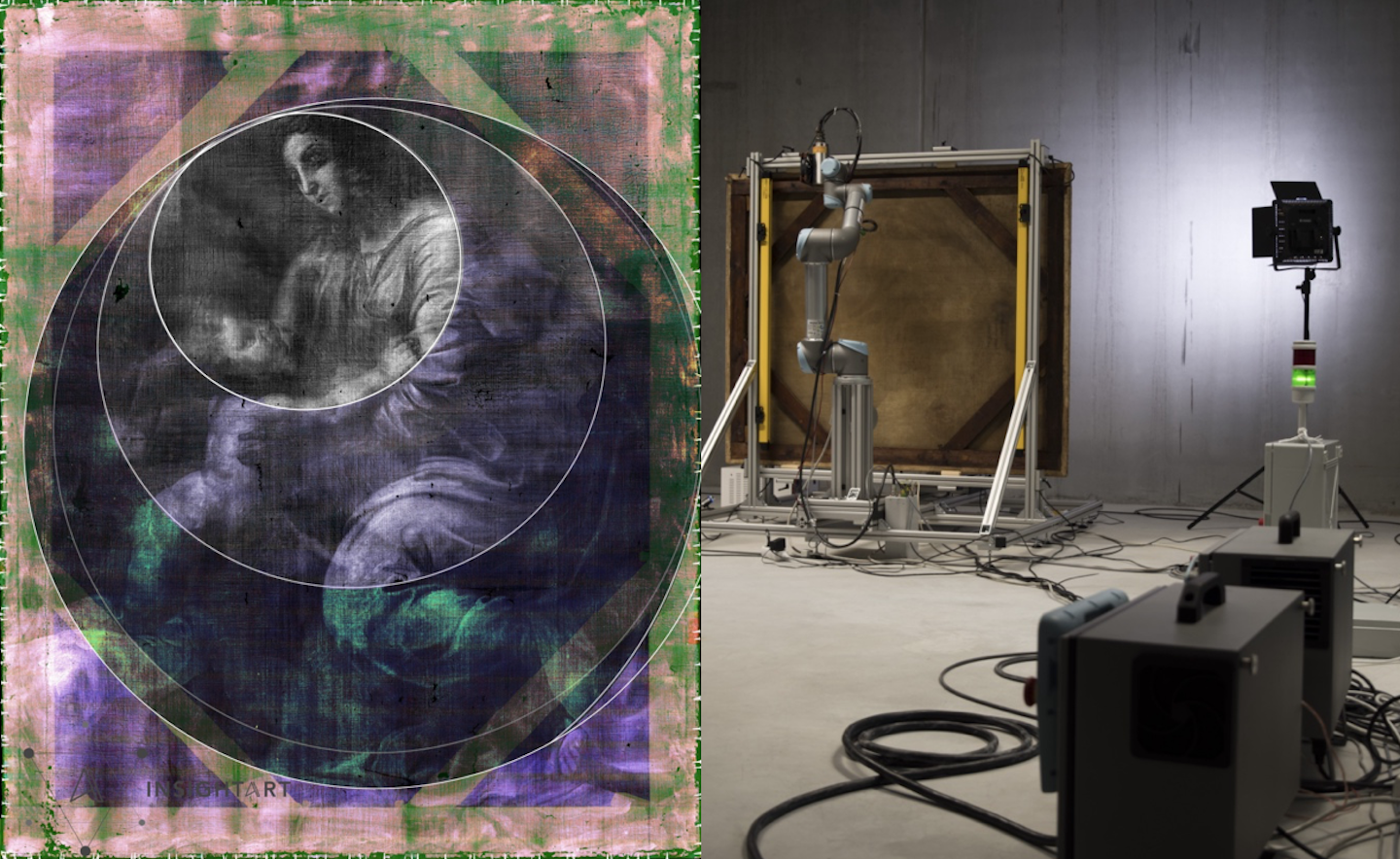 500 years ago, the Italian painter Raphael passed away, leaving behind him many works of art, paintings, frescoes and engravings. Like his contemporaries Michelangelo and Leonardo da Vinci, Raphael's work made the joy of imitators and the greed of counterfeiters, who bequeathed us many copies, pastiches and forgeries of the great master of the Renaissance.

For a long time, it was thought that The Madonna and Child, a painting on canvas from a private collection, was not created directly by the master himself. Property of Popes and later part of Napoleon's war treasure, the painting changed hands several times before arriving in Prague during the 1930’s. Due to its history and numerous inconclusive examinations, its authenticity was questioned for a long time. It has now been attributed to Raphael by a group of independent experts. One of the technologies that provided them with key information, was a robotic x-ray scanner using CERN-designed chips.

Behind this feat lies InsightART, a Czech start-up, and RToo, its state-of-the-art X-ray scanner. The scanner is composed of an X-ray source, Timepix photon detectors capable of taking spectroscopic X-ray images and a robotic platform. For three days, InsightART scanned the painting to obtain 11 very high-resolution images taken at different X-ray wavelengths. New high-resolution maps of the elemental composition of the paint were derived and these enabled the experts to get more precise information about the painting.

Much more flexible and modular than the standard, flat panel systems, RToo is capable of analysing large objects – the painting is 2m2 – as well as atypically shaped objects such as statues. According to physicist Josef Uher and CTO of InsightART, this type of imaging technology, specialised in artistic technological research, is set to become widespread in the future.

CERN's Knowledge Transfer group has long experience in transferring the technology from which the Timepix photon detectors, based on the Medipix2 technology. These detectors are supplied under a licensing agreement between CERN (on behalf of Medipix2 Collaboration) and the Czech company ADVACAM s.r.o., InsightART's parent company. In this respect, Aurélie Pezous, Knowledge Transfer Officer at CERN, stresses that: "High resolution spectroscopic radiography allows us to make great advances in the history of art. It is one more proof that CERN technologies have a wide range of applications."

This joint achievement of physicists, restorers and art historians has taught us so much about the painting and widened horizons bringing a more thorough understanding of the master´s practice. For this reason, the team hopes to further deepen its knowledge by analysing the sibling painting of The Madonna and Child, called The Holy Family of Francis I, exhibited at the Louvre in Paris.