As we prepare to send the first woman and next man to the Moon and on to Mars, NASA, with support from the University of Houston, has been working to develop advanced radiation detectors to better protect astronauts and vital spacecraft systems. 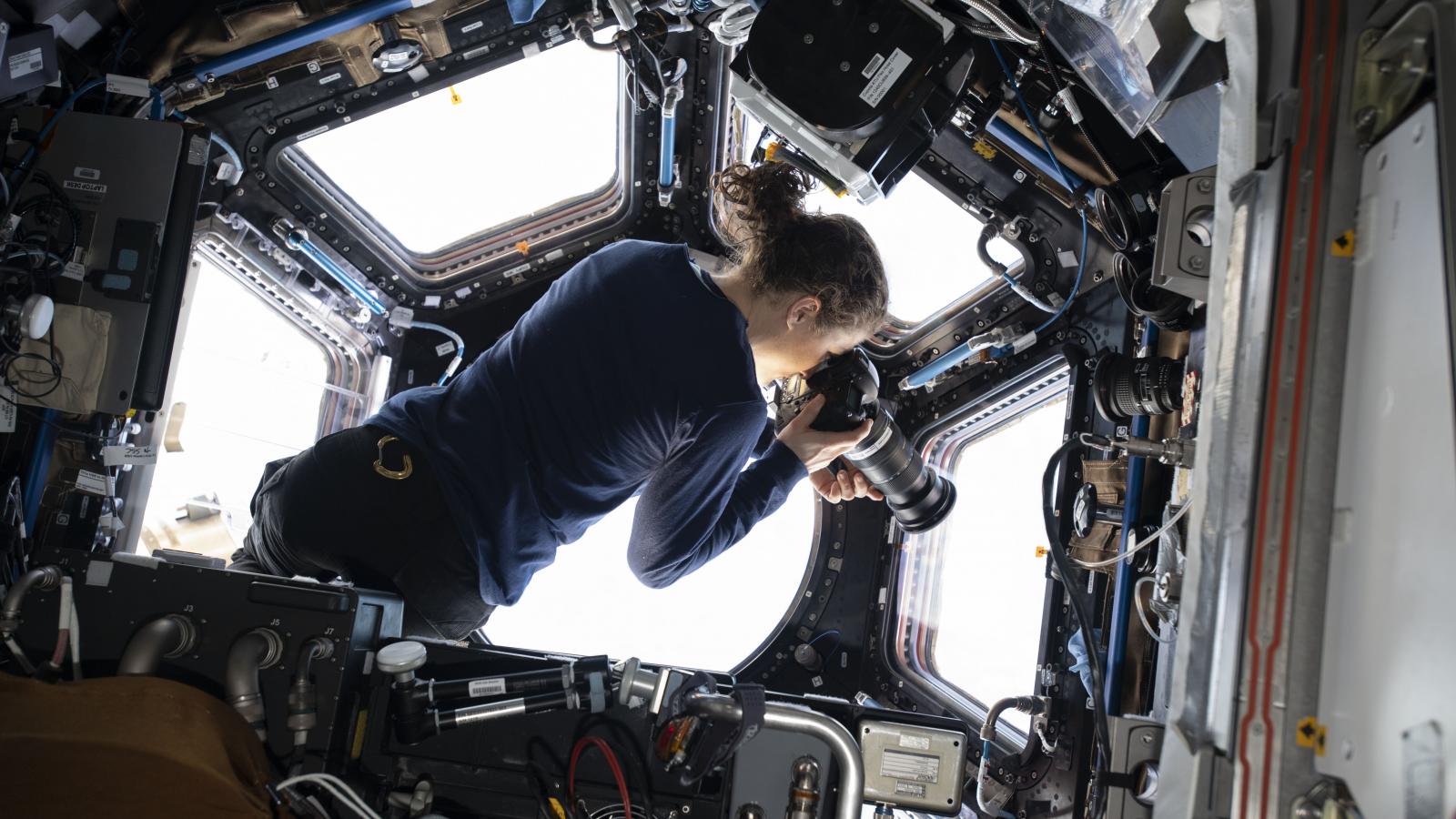 As we prepare to send the first woman and next man to the Moon and on to Mars, NASA, with support from the University of Houston, has been working to develop advanced radiation detectors to better protect astronauts and vital spacecraft systems during solar storms. The detectors are based on technology that was originally developed by the European Organization for Nuclear Research (CERN) to detect particle collisions in high-energy physics experiments. Storms emanating from our Sun release invisible, high energy particles, also called ionizing radiation, into space at relativistic speeds that can damage spacecraft electronics and systems, and impact the health of astronauts.

As part of NASA’s fundamental research mission, NASA previously adopted Timepix detectors to visualize the radiation environment on the International Space Station and in deep space aboard the Orion Exploration Flight Test-1 (EFT-1) in 2014. Timepix, developed through the Medipix2 collaboration hosted at CERN, is part of the Medipix family of miniaturized particle imaging and detection chips. The detector is derived from the same technology used to track particle trajectories in CERN’s Large Hadron Collider, the world's largest and most powerful particle accelerator.

“Medipix technology and the human expertise associated with it translate into a positive impact on society in many different fields, including aerospace applications,” said Aurélie Pezous, CERN’s Knowledge Transfer Officer. “We are particularly proud that Timepix helped space agencies such as NASA better understand the radiation environment in the International Space Station.”

Smaller and lighter compared to previous NASA hardware, Timepix-based systems are ideal for space exploration missions and enable NASA to gather both the radiation dose and physical location of the radiation as it passes through the detector. Using advanced particle identification algorithms, NASA scientists can study the radiation spectrum inside exploration spacecraft and better understand how to protect crew during deep space missions.

While working with the NASA Space Radiation Analysis Group at the agency’s Johnson Space Center in 2009, Nicholas Stoffle, a University of Houston doctoral student at the time, became aware of the CERN radiation detection technology. During his doctoral work, Stoffle demonstrated that a Timepix detector could accurately measure quantities needed for NASA radiation protection. He also designed algorithms to improve identification of individual particle tracks in space-based data. He then used data both from particle accelerator facilities and from the space station to complete his dissertation on identifying heavy ions with Timepix.

“Timepix provides much more information than our previous instruments were capable of generating, and does so in a smaller and lighter package,” Stoffle notes. “We have an amazing team that continues to advance the state of the art in space radiation analysis with this technology, and the space station hardware has only scratched the surface in terms of the details we can extract from the data Timepix gathers in the space radiation environment.”

Initial testing of the Timepix system derived from CERN technology began in 2012 on the space station using Timepix USB Lite Interface devices from the Czech Republic’s Institute of Experimental and Applied Physics. The hardware has been collecting a continuous stream of data that is downlinked daily through the Mission Control Center at Johnson.

Application to Other Missions

The on-orbit success of the Timepix enabled NASA to utilize this advanced radiation detection technology in subsequent missions. After six years of onboard testing and data collection, NASA recently updated the space station with new Timepix hardware that will continue the use of the Timepix-based devices to study the onboard charged-particle radiation environment.

Additionally, a battery-powered version was flown aboard EFT-1 in 2014 and provided the first radiation belt data from beyond low-Earth orbit within a human-rated space vehicle since the Apollo missions. The lessons learned during the Timepix-based hardware development and data analysis from the space station and EFT-1 missions have been incorporated into a new Hybrid Electronic Radiation Assessor (HERA) system that will support future NASA exploration missions.

Currently, a HERA flight unit built for the first spaceflight of the Space Launch System and Orion crew module, Artemis 1, is deployed aboard the space station to verify system operation and gain operational experience before the mission in 2020.

The Timepix-based hardware development is supported by the RadWorks project, which is part of the Advanced Exploration Systems division in NASA’s Human Exploration and Operations Mission Directorate.