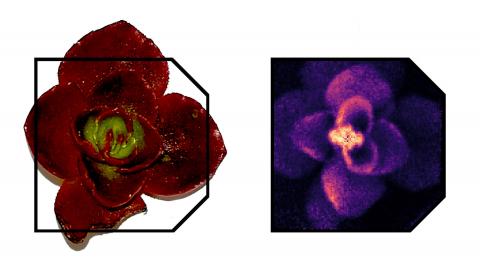 In contrast to conventional radiotherapy using photons, ion beam radiotherapy enables better focusing of the radiation on the target, and thereby improved sparing of the surrounding healthy, and potentially sensitive, organs. At the same time, this advantage represents a challenge, since the quality of the delivered dose distribution is more sensitive to changes of the stopping power of patient tissue (e.g. due to tissue swelling, changing filling of cavities or organ motion).

To tackle of this challenge, standard methods of radiation measurement used in medical physics, mainly represented by different kinds of ionization chambers and 2D integrating detectors based on scintillators, reach their limits.

The unique capabilities of the Timepix detector family developed at CERN, including single particle tracking, particle type sensitivity, assessment of energy deposition, and high flexibility, were shown to open new possibilities to address the above challenges with methodologies originating from research in particle physics.

Patient imaging with ion beams directly on couch is expected to provide advantages over the standard X-ray based imaging. In particular the direct and precise determination of the relative stopping power of the treated tissue would lead to a decrease of its uncertainties. For this kind of imaging, a system capable to measure positions and directions of single ions in front of and behind the imaged object, together with assessment of the ion's residual energy, is needed. Despite several decades of developments, suitable detector systems for ion based imaging are still lacking.

A system featuring a front and a rear tracker plus a thin energy deposition detector was build, using exclusively Timepix detectors [Gehrke et al. 2018 a,b]. Here the capability of coincidence measurements with multiple detectors was crucial. The imaging was performed using helium ions, since they exhibit a lower scattering in the imaged object compared to the widely investigated protons. The experiments have shown that the unique ability of Timepix to identify the nuclear fragment contamination is essential for obtaining high contrast images [Gehrke et al. 2018 a,b]. Consequently, thickness resolutions better than 1 % were achieved in head-sized phantoms. Moreover, 50% higher spatial resolution with respect to proton imaging was experimentally  demonstrated, taking advantage of the system's ability to operate with both ion types.

In addition, an in-vivo imaging of the treatment beam in the patient would provide an end-to-end test of the whole treatment chain, including the actual status of the beam and the patient's geometry. The technique under development aims to determine the pattern of secondary ion emission from the patient's body. The goal is to correlate any unexpected changes in the secondary ion emission with undesired variations in his/her geometry or variations of the treatment beam. Currently the number of practically usable detectors for the determination of the secondary ion distribution in space is strongly limited.

A flexible and handy mini-tracker composed of a pair of Timepix detectors was shown to be suitable to effectively track the secondary ions emerging from an irradiated patient-sized object. A correlation of the emission pattern with the changes of the beam width, position and energy were shown experimentally [Gwosch et al. 2013]. Moreover, the method was shown to be capable to visualize inhomogeneities in the irradiated patient model [Reinhart et al. 2017, Gaa et al. 2017]. Finally, a 3D image of the beam in the phantom was reconstructed [Reinhart et al. 2017].

Both projects demonstrate that the Timepix technology provides attractive capabilities which enable to follow new research directions in medical physics.